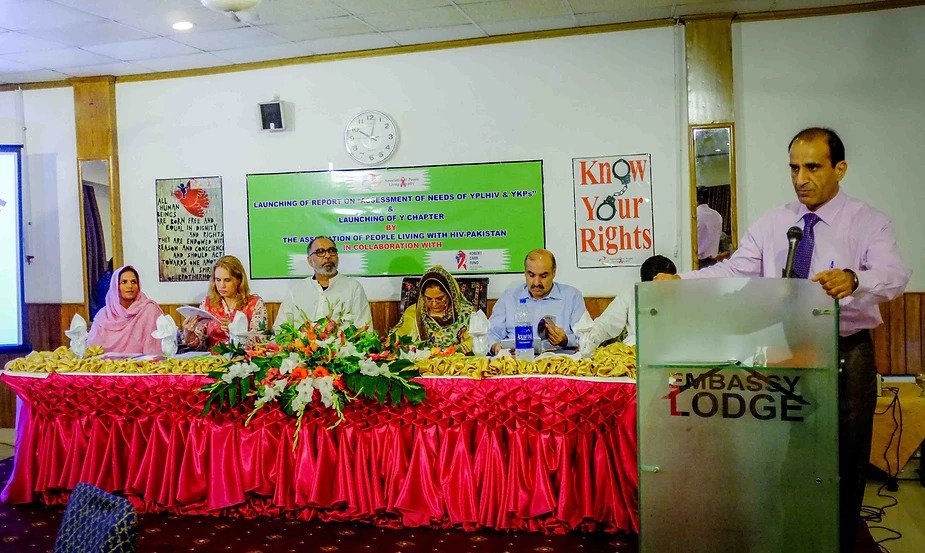 Pakistan has a large ‘Youth Bulge’ with 21.5 Percent of the nation’s population between 15 – 24 years. Many of them are vulnerable to HIV infections due to economic and cultural factors and weak service provision systems to specifically support them. The estimated number of YPLHIV is over 12,200, with approximately 4,252 new infections in 2014,and YKP crossing the figure of 1,50,000.*

The Association of People Living with HIV (APLHIV) hosted a launching ceremony of the “Y Chapter” and the report of “Assessment of Needs of YPLHIV/YKPs in Pakistan”. This initiative focuses on the Young People Living with HIV (YPLHIV) and the Young Key Populations (YKP) at risk in Pakistan, in order to create a platform to speak in unison about their needs and issues. The ‘Y chapter’ would aim to reduce the vulnerability of YPLHIV/YKPs to HIV infection/risks through this platform.

The opening ceremony was chaired by Mr. Tariq Zafar, Nai Zindagi and representatives from UNODC, UNAIDS, NACP, UNICEF, APLHIV and WHO.