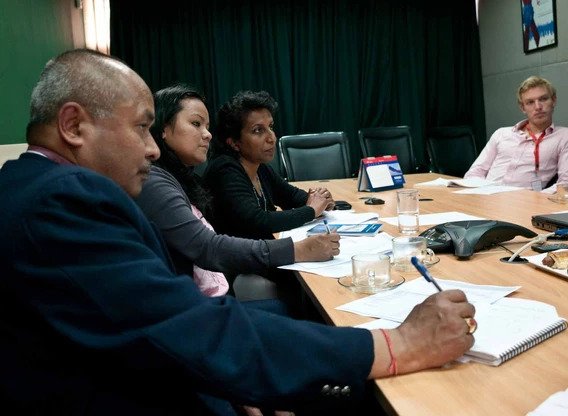 Response Beyond Borders, co chaired by Nai Zindagi and SHARAN, India will organise a consultation titled ‘ Evidence to Action’ in April 2014 in Kathmandu, Nepal. A pre consultation meeting was hosted by UNAIDS Nepal and attended by representatives of UNAIDS India, Nai Zindagi, SHARAN, UNICEF, UNODC and WHO Nepal. This consultation is supported by the UNAIDS India office and will include participants from Afghanistan, India, Nepal and Pakistan from related Governments, Parliamentarians, Civil society, affected communities, development partners and UN agencies. ‘Evidence to Action’ will chalk out a step wise way forward to further enhance the HIV and AIDS response in the four countries for people who use drugs.