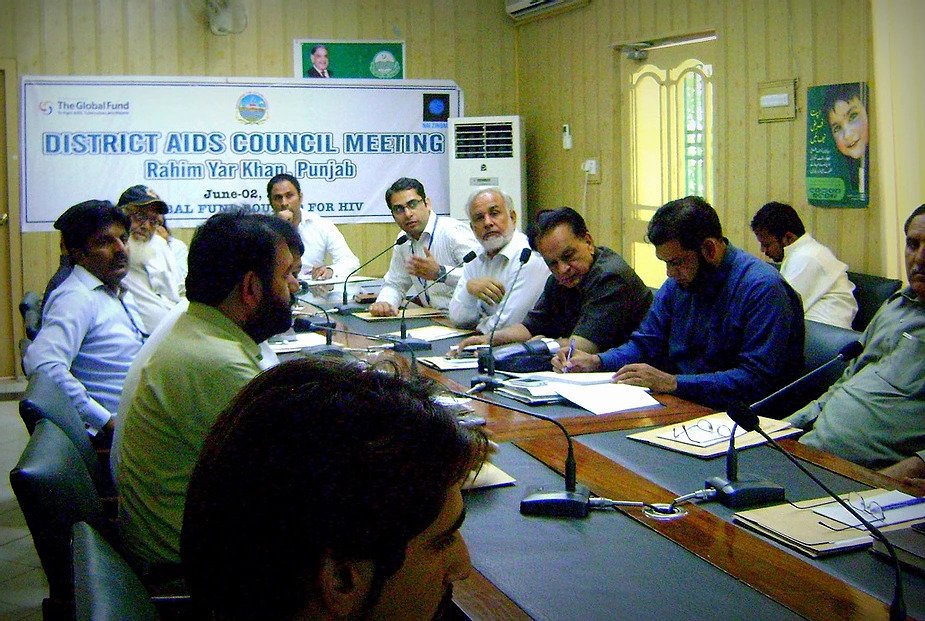 The third session of the quarterly meeting of the established ‘District AIDS Council’ (DAC) in Rahim Yar Khan, an initiative of Nai Zindagi under the Global Fund Round 9 – HIV grant, was chaired by Mr. Riasat Ali DOC and Mr. Imran Haidar Tipu EDO Community Development.

The participants were briefed about Nai Zindagi’s In Touch (IT) program, under which the clients who completed their two months at AAU were provided mobile phones which has facilitated the follow up process with the PWID who are on ART in order to promote adherence. Participants were updated of the outcome and achievements of the Global Fund supported program in Rahim Yar Khan.

In the second DAC meeting a need was expressed for support in establishing ART special Clinic in Sheik Zayed Hospital for sustainability of the program regarding ART Medicines instead of accessing D.G.Khan for this service. Mr. Yousaf Saeed, Focal person HIV EDO health office Rahim Yar Khan informed that a letter for establishing ART center has already been written to Principal Sheikh Zayed Hospital and its follow up would be taken.

Furthermore, it was decided that a district level seminar should be organized to raise awareness among people regarding HIV and AIDS; the seminar would be organized prior to the next District AIDS Council (DAC) meeting.