More than 90% of street based persons using drugs in Pakistan – want to STOP using drugs. A vast majority cannot afford drug treatment (detoxification) services and an even greater number find it difficult to stay off drugs after short treatment episodes. We initiate the process of rehabilitation before detoxification, by counseling clients on post treatment options, which helps them mainstream and reintegrate. Drug treatment and rehabilitation services are provided free of cost in safe environments closely monitored by professional staff trained in medical and pscho-social aspects of substance use and misuse. The need for these services far exceeds the number of people we can serve due to limited financial resources, and at times making difficult choices to selectively provide these services. 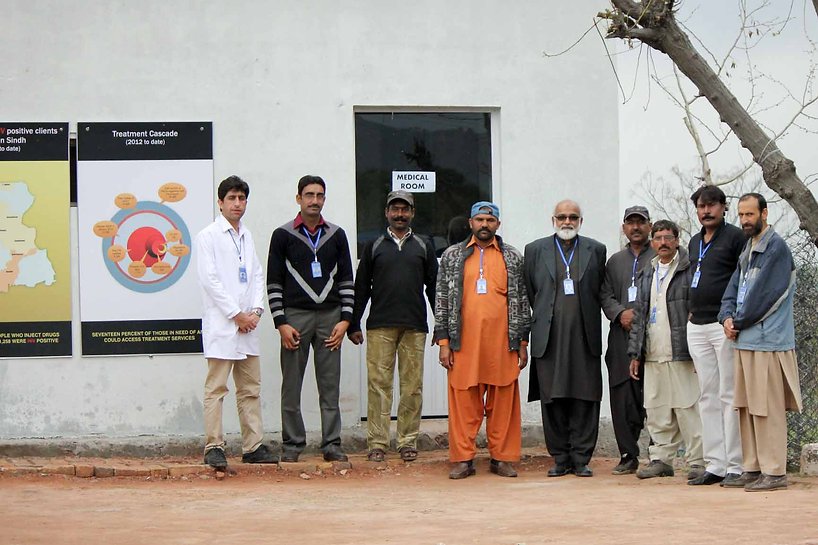 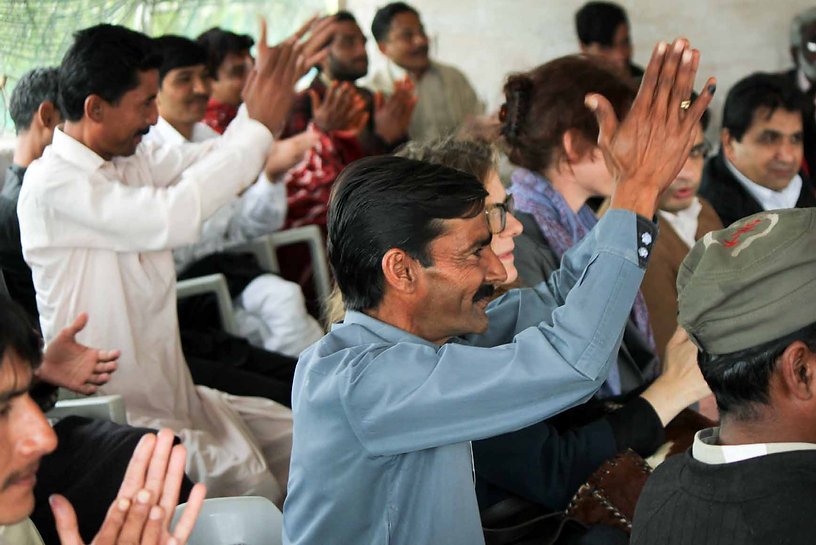 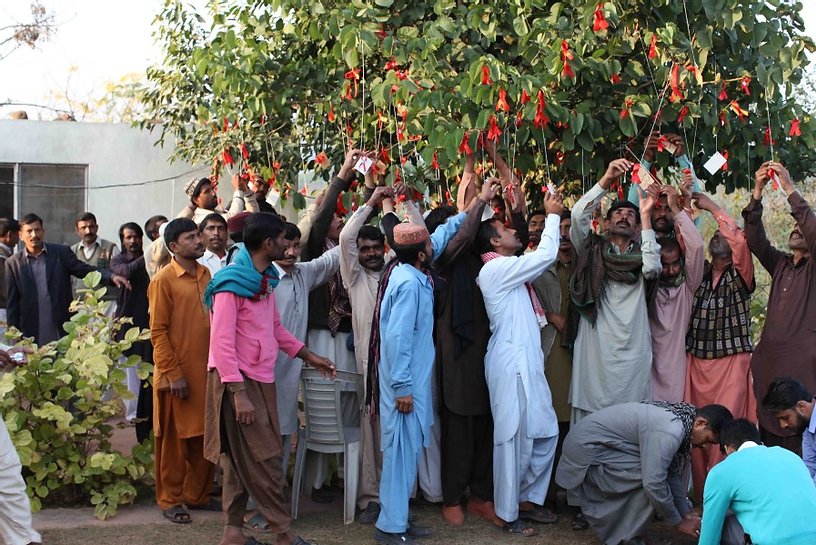 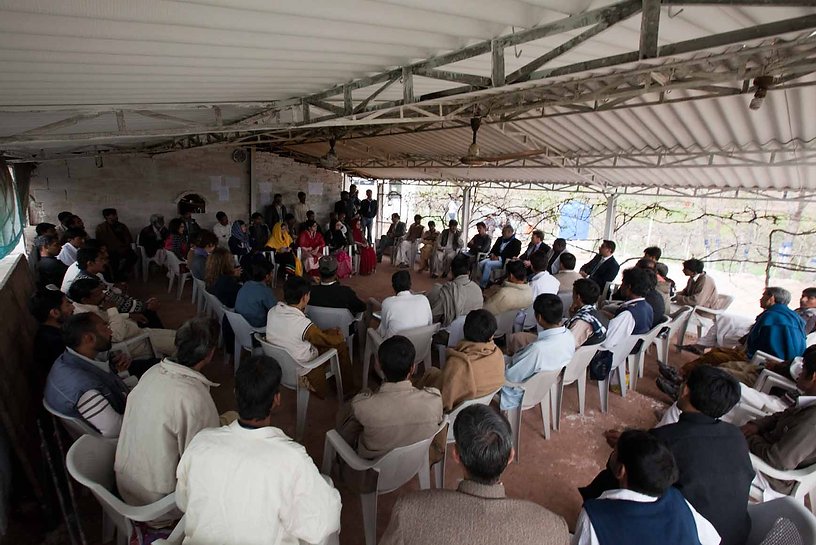 Improving adherence to Anti Retroviral Treatment  among people who inject drugs in Pakistan.

Special clinics in the Public sector provide Anti Retroviral Treatment and related services for people living with HIV. These special clinics are under the Provincial AIDS Control Programs of the Provincial Departments of Health in designated hospitals of selected cities. There is reluctance by medical staff at the special clinics to initiate ART for persons actively using drugs due to very low adherence rates, resulting in issues of drug resistance. Ideally opiate substitution treatment (OST) would provide this stability and drastically improve adherence, however OST roll out in Pakistan is currently blocked. As an alternate to OST and a prerequisite for ART people using drugs are offered a voluntary residential drug treatment. The ART Adherence Unit (AAU) is a voluntary 6 weeks residential program for persons on ART.

The ART Adherence Unit (AAU) is a residential rehabilitation facility for HIV positive persons who inject drugs (PWID) that combines treatment for opioid dependence with HIV treatment adherence support. It aims at stabilising the client so that HIV treatment becomes a realistic and achievable proposition for them.

The AAU was supported by Mainline under the Bridging the Gaps initiative of the Dutch Ministry of Foreign Affairs from it’s inception in January 2014 to December 2015, and the Global Fund to Fight AIDS, Tuberculosis and Malaria, started supporting the facility in 2016. The AAU compliments the efforts of the GF grant and provides a structured, safe and learning environment away from chaotic drug use to HIV positive people from across Pakistan who are on ART.

The AAU focuses to improve their health, knowledge, socio economic status, vocational skills, reduce relapse to drug use and ensure adherence to ART.

The AAU unit is staffed with trained human resource a majority of which are from among the affected communities. The residential unit AAU’s capacity was doubled from 100 to 200 beds in 2016. A total number of 3000 residents have complete this program between 2014-2018.

The residents are also assessed for skills as staff within Nai Zindagi’s various programs and activities.

The unit was started in January 2014 and it’s benefits are evident. There is a drastic visible change in the health and physical status of the clients.

As a result a majority see the benefits of healthy living, ART and thinking positive. A major shift is to confidence and hope from a point where most had given up on life. Families have also begun to show interest and re engage support for  clients.

There was a need to dove-tail this initiative with an operational research component to monitor and evaluate the outcome and impact of this unit. An evaluation study was commissioned by Nai Zindagi to better understand the AAU’s contribution to addressing the treatment coverage problem for PWID in Pakistan. It took place in the first quarter of 2016 and was designed and overseen by three independent consultants. Click here for the full report.

We strongly feel that due to large distances between the AAU unit and the referral points (the GF grant supported CoPc+ sites) we need to replicate this unit in Southern Punjab and Sind.

For this we are in discussion with the GF team and are confident that a solution will be found.T 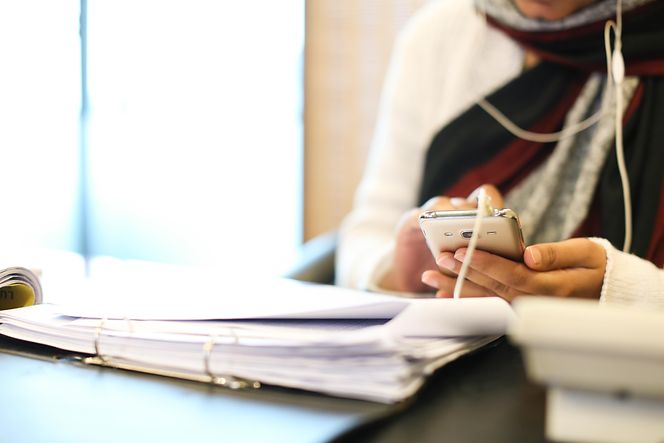 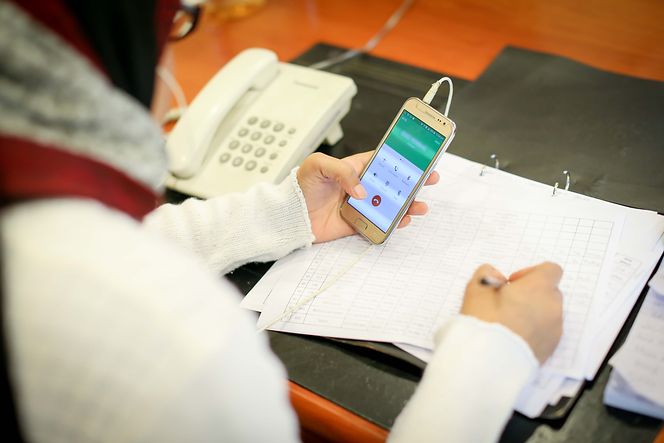 A pilot to assess effectiveness of mobile
phones for follow-up and adherence to ART
among people who inject drugs.

Background to In Touch

​AAU residents are referred from 30 districts across 4 provinces of Pakistan. For the AAU staff to physically follow up clients due to distances, availability, travel, etc. would be not only difficult but extremely costly.

In September 2014, we carried out an assessment of mobile usage and knowledge of usage among one hundred PWID for ART adherence through mobile phones who were resident at the AAU.

​The key findings and conclusions of this assessment revealed that a very large proportion (95%) of PWID have been using a mobile phone for over 5 years and know how to make and receive calls and 64% can also use SMS. Hence the mobile phone ARV re-minder is a possibility to improve adherence and follow up clients who complete AAU. Sixty two percent of those who owned a mobile set either lost it or sold it. This is an element that will need to be catered to and may be is directly related to drug use/relapse.

​Mostly prefer a weekly voice call reminder rather than a daily or weekly SMS. A combination of both may be deployed. By law a SIM can only be allotted to a person with a National Identity Card, however 40% do not have one and cannot get a SIM.

​Eighty five percent have family members who have a mobile phone. One or more family members could be included with consent to be part of the adherence tracking pi-lot. Mainline as part of the BtG program supported a pilot in 2015 and two hundred AAU graduates were provided a set of simple, functional and inexpensive mobile phones.